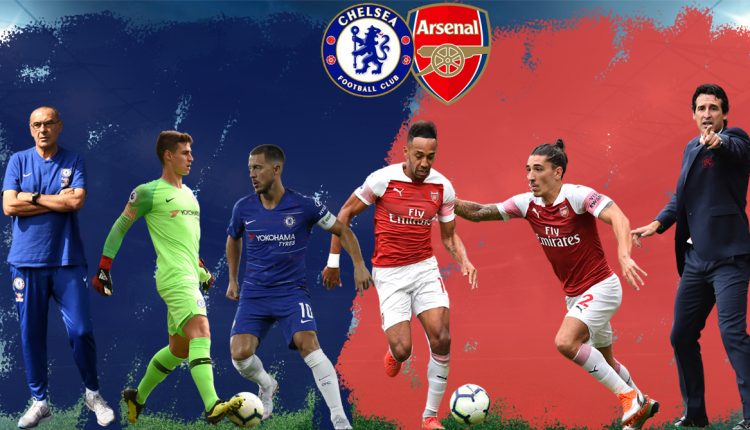 On a day when social media was awash with posts from prestigious – and I mean exactly that
– football clubs recalling their past Champions League successes, Arsenal Football Club was
celebrating a Granit Xhaka goal. As a Chelsea fan, it’s difficult describing that goal as a
banger, having had Frank Lampard, Juliano Belletti, Michael Essien and even more recently,
Nemanja Matic score some real crackers and leaving us spoilt for choice. Years down the
line, when you’re subjected to some Xhaka goal, you realise you’re in a much better position
to decide what could be described as a ‘banger’.

Now, football has been brought back to us, albeit on a plastic platter. You know it’s real
when clubs are considering placing cardboard cut-outs of fans in the stands – and in more
sophisticated instances, holograms. Whatever the case may be, it just isn’t the same having to
watch a game where there’s an echo whenever the ball is kicked. Don’t get me started on goal
celebrations that have now been injected with a healthy dose of social distancing.
However bad it may seem, though, every cloud has a silver lining. Bayern Munich would
know a thing or two about what could have ensued had the second leg of the Champions
League tie against Chelsea been played. The last time, we went against them without so much
as a whimper and beat them in their backyard, and that is putting it mildly. The one image
that would remain plastered in my mind even if I had a full brain format is that of Didier
Drogba walking gallantly, ball in hand, towards a sea of people in red. The only thing slightly
better than Didier scoring that penalty in front of Bayern fans at home is Fikayo Tomori’s
Cruyff Turn in a stadium that bears Cruyff’s name. Bayern fans will recall that the silver
lining in that situation was the fact that they didn’t have to travel miles back after a
Champions League final loss. What could be more comforting than quickly grabbing a cab
and heading to your house to mourn, chilled bottle of Budweiser in hand and family all
around? Sometimes bad things happen for good reasons but we simply can’t see that in the
moment.

In this same spirit of silver linings, Chelsea could’ve seen a way back after the 3-0 loss at the
Allianz Arena because, of course, Bayern are beatable opponents. Unless you’re Arsenal,
because then, you’d have everyone wondering what exactly goes on in your training sessions
– why would you concede ten goals from the same opponents in two successive seasons?
Think about it, what are the odds that an inexperienced team with a transfer ban and without
its star player from the previous season allows Bayern to feel like they had won the tie, only
to surprise them in the second leg? That’s what Chelsea is all about, isn’t it? It’s the same
way they gave Liverpool a run for their money after losing to lowly Manchester United only
a few weeks prior – unpredictability is and always has been part of the game.
19th May brought me memories of Chelsea’s 2012 Champions League triumph, an FA Cup
final win against Sir Alex Ferguson’s Manchester United at the new Wembley, in 2007, and a
victory repeat in the same competition in 2018. I think that’s enough to seriously kickstart a
petition to declare 19th May ‘Chelsea Day’.

Some teams can only dream.

Self-Care In A Pandemic