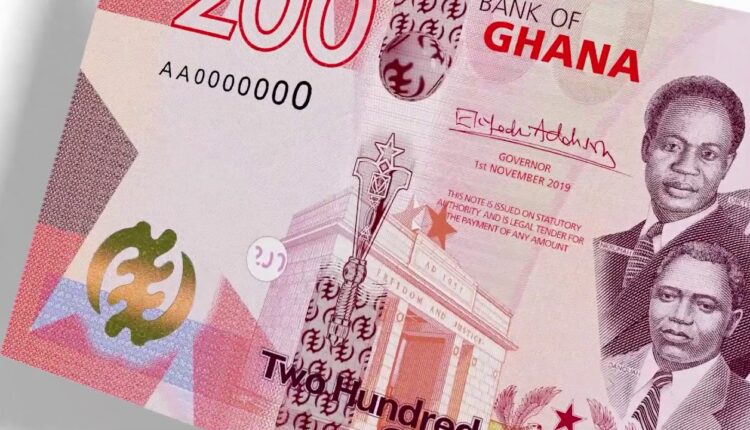 The Cedi broke its own record last year by weathering the perennial pressures and anxieties associated with elections to post a depreciation rate that is the healthiest in all election years since 2004.

It shed 3.9 per cent of its value to the US dollar last year, compared to the past three election years when the annual rates of depreciation were either close to 10 per cent or in double digits.

Data from the Bank of Ghana (BoG) indicated that the cedi lost 20.9 per cent, 15.7 per cent and 9.7 per cent of its value to the dollar in 2008, 2012 and 2016, respectively, under peculiar challenges that analysts trace to what they term the exigencies of the political business cycle.

By shedding 3.9 per cent of its value in 2020, which was an election year, the cedi had enjoyed its second best performance in an election year since 1992. Its best election year remains 2004 when it depreciated by 2.5 per cent, the data showed.

Beyond setting the record, the calmness in the foreign exchange market helped to tame inflation and protect the capital of importers against foreign exchange losses although it also eroded the profits of the central bank.

The Head of Research at BoG, Mr Philip-Abradu-Otoo, has sited that the end-year data reflected the calmness that was experienced in the foreign exchange market in the better part of last year.

He said due to the limitations imposed by the coronavirus disease (COVID-19) on trade and other economic activities, a lot of corporates did not demand foreign exchange (FX) in 2020, resulting in the cedi suffering less pressure.

He said the development was also supported by the substantial inflow of FX through the Eurobond issuance, cocoa loan syndication and other external funds meant to fight the COVID-19 pandemic.

He disclosed that most mining companies also retained their profits as part of an industry-wide policy to use the gains from the gold price rise to expand their mines and support the local economy.

Mr Abradu-Otoo said these inflows strengthened the bank’s reserve liquidity position against turbulence and the panic buying that always characterised FX trades in situations where the market doubted the strength of the central bank’s reserves.

The Head of Trading at Absa Bank Ghana, Mr Jacob Brobbey, added that the inflows from loans made it possible for the central bank to fund it’s repurchase agreements and regular auctions to the tune of $750 million.

“We will say dollar demand fell in 2020 largely driven by supply chain disruption, excess dollar supply, a reduction in offshore investors’ cedi holdings and overall subdued corporate demand against the backdrop of the lockdown,” he said in an email response.

Mr Abradu-Otoo said the calmness in the exchange rate market presented both positives and negatives for the bank.

He said it reduced the pressure on inflation by ensuring that the non-food component of the consumer price index (CPI) was not turbulent.

Given that a chuck of the non-food component of the CPI basket suffers from imported inflation, the Head of Research at BoG said the stability in the FX market meant that that section of inflation was calm with wider impact on the general reading.

He added that it also led to the building up of more reserves as the central bank was not forced to “burnt any reserves to protect the cedi.”

“It constraints our profits because remember that whenever there are exchange rate depreciation, there is some gains that we make as a result of trading,” he said.

In 2019, the bank posted a net profit of GH¢1.8 billion mainly on the back of a 12.9 per cent depreciation of the cedi and a rise in gold prices.

Mr Abradu-Otoo said although he expected a gradual pick in economic activities locally to put pressure on the cedi, that pick would be subject to the developments in the global economy.

He said the emergence of a new wave of the COVID-19 in most European and American countries would create more uncertainty about the health of the global economy and that could limit the volume of business that Ghanaian companies could do with their counterparts abroad.