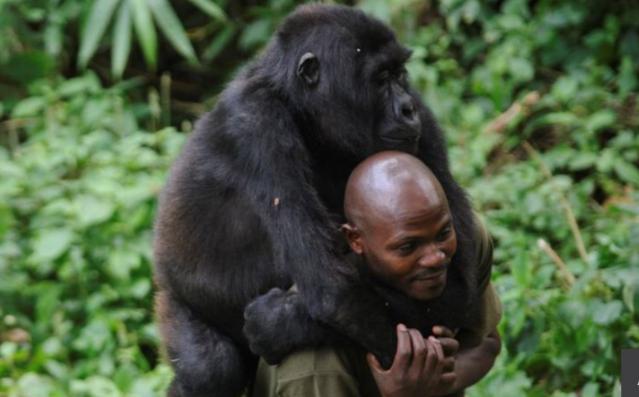 Protecting the forests of Virunga National Park in the eastern Democratic Republic of congo home to endangered mountain gorillas could be described as one of the toughest jobs on the planet.

In the past 12 months, more than 20 of the park’s staff have been murdered and last week rebels were accused of killing the Italian ambassador to DR Congo, his security guard, and driver in an attack within the park.

“The level of sacrifice that’s involved in keeping this work going all always be the hardest thing to deal with”,  says Emmanuel de Merode, who is in charge of more than 800 rangers at Virunga, Africa’s oldest and largest national park.

It spans 7,800 sq km (3,000 sq miles) and I’d home to an astonishingly diverse landscape from active volcanoes and vast lakes to rainforest and mountains. The park was set up nearly 100 years ago to protect mountain gorillas of which there are only 1,000 left in the world. Mr. De Merode has lived in DR Congo for nearly 30 years but he still remembers the day he first arrived.

“I bought a motorbike in Kampala and drove through Uganda into Congo and as you cross the border you’re immediately struck by the enormity of the park and the incredibly beautiful landscapes”.

Born in North Africa and raised in Kenya, Mr. Merode is a Belgian prince but he does not use his title. He is softly spoken and calm despite the challenges he and his team face daily.