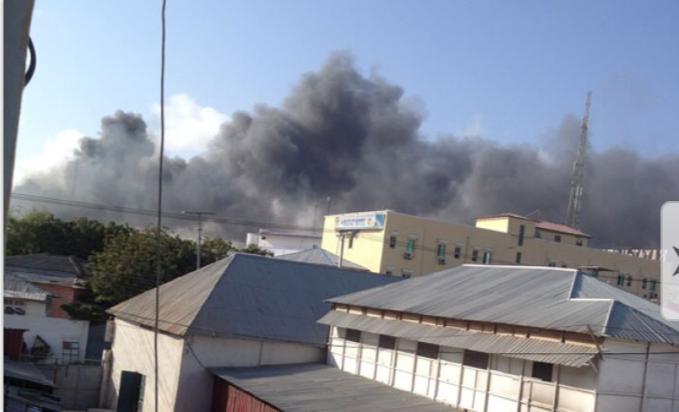 Several people were killed when an explosives-packed car detonated at a restaurant in the Somalian capital of Mogadishu on Friday, March 5, 2021.

Police suspect a suicide bomber blew up a car outside a popular restaurant in the capital city. Victims were still reportedly being pulled from the rubble through the evening.

Authorities fear the death toll could rise as emergency crews continue to pull out people trapped in the rubble. At least 21 people were killed and over 30 others were wounded in the blast, local police told the news agency. Authorities earlier told the Associated Press that at least 10 people had been killed.

The explosion occurred at dinner time when the restaurant was full. In addition to the restaurant, several nearby buildings were also damaged and at least one collapsed after the bombing.

This is the second time the Luul-Yemeni restaurant which is popular with city workers, government employees, and security personnel has been attacked. Authorities blamed the attack on the al-Shabab extremist group.

The group is linked to al-Qaida and frequently carries out attacks against targets like hotels and restaurants in the city of Mogadishu. For years, the group has been carrying out bombings as part of its bid to topple the central government in Somalia, located in the Horn of Africa.