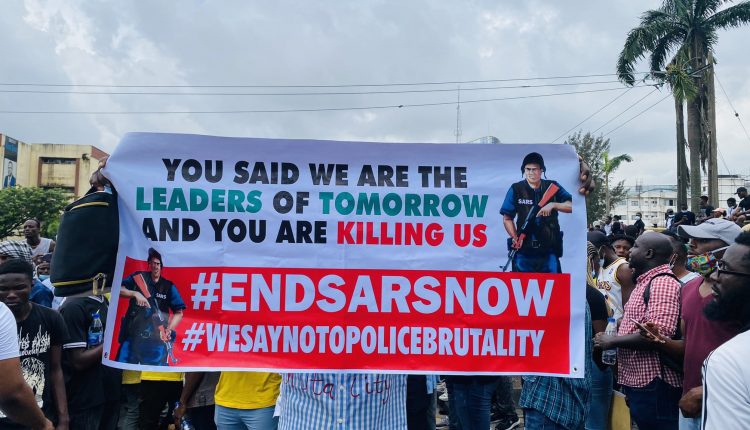 The #ENDSARS protests are reflective of simmering tensions and several calls in the past to disband a police unit that has outlived its usefulness. Years of unsuccessful attempts to bring the unit to book over unexplained murders and acts of indiscipline have driven the youth of Nigeria onto the streets once more demanding government action to disband the Special Anti-Robbery Squad (SARS) unit.

Founded in 1992, SARS started as a police force unit formed by former Police Commissioner Simeon Midenda following the killing of a Colonel of the Nigerian Army, Col. Rindam, by a police officer. An order to dispatch the military into the streets of Lagos to arrest police officers after this incident resulted in many officers abandoning posts, fleeing for their lives and, in some cases, resigning. The resultant surge in crime, particularly robbery, during a period of unrest led Midenda to establish an anti-robbery squad different from the one that already existed. SARS was officially established to combat the rise in robbery incidents after the police and military came to an agreement following a ceasefire. Since then, however, the unit has gained notoriety for its complicity where stories of extortion, arbitrary arrests and extra-judicial killings are reported.

Fast forward nearly three decades and four restrictions on the operation of SARS in a four-year span, calls for the total eradication of SARS are more justified than they have ever been. One of the many impediments to the achievement of this goal, however, is the difficulty in getting a reaction out of a leadership seemingly more interested in the health of the President of the USA than the wellbeing of its citizenry. A perusal of social media posts with the hashtag #ENDSARS is a dark journey into many lived experiences with a common theme. The failure of SARS to commit to their mandate has seen many young people stripped of their rights and freedoms for the most ridiculous reasons—simply being in possession of an iPhone, for instance. Constant profiling and parting with large sums of money as bail fees or in exchange for their freedom are commonplace for many, and acts of torture and cruel treatment against detainees in the custody of SARS are regular. However, some are not so fortunate, and victims of SARS losing their lives is not unheard of.

Calls for the ban of the operations of SARS are justified, and many might agree that the activities of this unit are, in fact, a microcosm of the broader issue of injustices meted out by the Nigerian police force as a whole. Ranked the worst police force of the 127 countries in the 2016 World Internal Security and Police Index, it continues to destroy public trust and perception by soliciting bribes, shirking responsibilities and instilling fear in a citizenry it is meant to protect. The calls to scrap SARS must come with the kind of introspection that places the entire police force under intense scrutiny.

Reform will not answer the questions protesters keep asking. There are simply no changes that could improve a unit that has continually undermined human rights and dignity and instilled fear in a citizenry they swore to protect—a unit that has had its values corrupted through and through. Currently 72.5% of inmates in the prisons of Nigeria are serving time without having been sentenced, a large proportion being people illegally detained by the police force. Bringing an end to the indiscipline of a police unit by completely disbanding it and ensuring the prosecution of erring officers is the step in the right direction that the protests aim to effect.