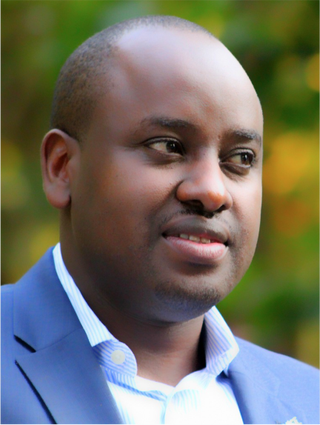 Watch this interview on The Voice of Africa TV

TVOA: Hello it’s your host, Kadmiel Van Der Puije and Welcome to TVOA TV, today We have a very special guest with us, Lawrence Manzi, The First Counselor in Charge of Political Affairs at the Embassy of Rwanda. Can you please tell us why you got started in this field?

Lawrence Manzi:Well, I’ve always been a public servant, and per my principles I thought that I would serve better by being in Foreign Service. Generally, I am a public servant and this seemed to be a very good fit for all that I studied and what I’ve been doing.

TVOA: Okay, that’s great. What do you envision for the relationship between Rwanda and the diaspora?

Lawrence Manzi? Actually Rwanda is one of those countries that have invested in its own diaspora. I don’t know if there’s a country that is more focused and intentional than our leadership has been. You can search ‘Rwanda Day; Our president and  long standing leaders of the country go to capitals, not in the US alone, even other capitals to meet to talk about the diaspora, the future and the development of our country, Rwanda. So far in the U.S., we’ve held it in Boston, in Chicago, San Francisco, Dallas-Fort Worth area. So it’s been something that we look forward to, but also we are among the few countries that actually give a voice to the diaspora because even during elections with both presidential candidates and others, we allow the diaspora to vote to choose who they want to lead their country. In Rwanda we have about four regions and the city of Kigali, we call this the sixth region. If you follow the leaders of our country you see some of our diaspora come and go to national leadership including our ambassador in the United States. She was in the diaspora for a time but now she’s our Ambassador to the United States. We are actually very connected and engaging with the diaspora. We have now about 26 structured diaspora communities all over the US. So it’s a very engaged and committed fabric of the Rwanda we have today.

TVOA: Very interesting. Thank you for that insight as well. I never knew that people in the diaspora can have that much of a voice in the political affairs of their countries. So that’s very very good to know. What is your ideal roadmap for anyone that wants to follow in your footsteps?

Lawrence Manzi: I just answered this on the other panel but the idea is interesting. It starts with you as a person to be interested. First of all, be interested in public service because it’s all in that idea of serving the general good of our countries and then, of course, interest in what is happening in other countries, having engagement with the other communities, global communities, and being close to  the communities. Showing that level of interest and being a part of the general public service—This is the best way to lead someone to  Foreign Service.

TVOA: Thank you very much for touching on the subject. Can you please tell us your thoughts about the Legacy Global Summit?

Lawrence Manzi: It’s a very interesting idea. Actually, it’s better. What is very interesting is that it is not just a summit for the sake of it. That’s what Dr. Remi has cautioned. The idea of saying it isn’t just another forum, it’s for opening and engaging and bringing both African and US investors together. It’s business to business, people to people. Even the idea of bringing in universities and education to be interested in investing in our continent. So I look forward to what we (my boss, the Ambassador of Rwanda to the U.S.  who is also former diasporate, but also a former educator, she’s a former educator, former tenured professor for a long time in California) can do that is tangible to bring U.S. investments to our continent and Rwanda but that is my specialty.

TVOA: Yeah, so thank you, Mr. Lawrence. I hope that every plan wherever you go after this event comes to fruition and we can collaborate.

Lawrence Manzi: Thank you and continue being The Voice for Africa, the good voice. Choose to be the good way to Africa! So many are giving people the context and the image of Africa as shouldn’t be. Thank you, sir.