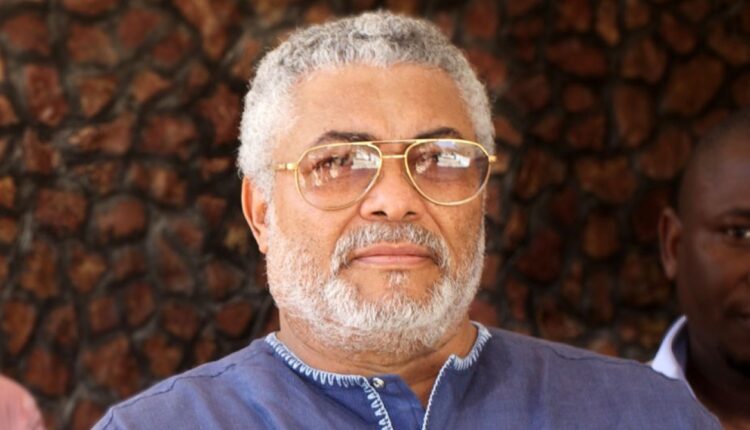 As someone who seized power via military coup, handed over power to an elected civilian government, returned to power in another coup and survived five coup attempts all within a span of four years, the name Jerry John Rawlings is unsurprisingly a sharp opinion divider in Ghana.

Born in Adabraka on 22nd June 1947 to Victoria Agbotui and James R. John, the future two-time Ghana Head of State attended Achimota Senior High School and then joined the Ghana Armed Forces to become a pilot. Graduating in 1969 with the ‘Speed Bird Trophy’ as the best air force cadet, he went on to attain the rank of Flight Lieutenant in 1978.

Undoubtedly one of the most central figures in Ghana’s political history, Rawlings was, along with six other military officers, arraigned before court after a failed coup attempt in 1979. After beseeching the court to punish him at the expense of the other military officers, he was sentenced to death by firing squad on June 7, 1979. However, he escaped prison with the help of some junior military officers before this fate could be sealed, and overthrew the Supreme Military Council (SMC) in a military coup, forming the Armed Forces Revolutionary Council (AFRC) in the process . He eventually handed over power to a civilian government led by Dr. Hilla Limann. After two years of civilian rule, he again seized power, citing, among other things, poor economic management. He formed the Provisional National Defence Council and oversaw a period during which Ghana’s economic stability required the intervention of the International Monetary Fund (IMF). While this was seen as a move to simply usher Ghana into the path of economic recovery, the IMF eventually pushed to ensure that Rawlings relinquished his role as a military leader in order to assume one as a democratic leader.

Rawlings’ eventual positive response saw the writing of the 1992 Constitution of Ghana and the formation of the National Democratic Congress (NDC). His victories in the 1992 and 1996 elections followed to ensure an 8 year uninterrupted tenure of the military leader-turned-democratic leader. The interesting turnaround prompted international interest, with many observers watching keenly as for the first time in nearly two decades, a Rawlings-led government was to be held accountable by the people. His controversial ideologies, underlined by his belief that Western-style democracy was unsuitable for Ghanaian realities, garnered interest and it was unsurprising when, in the 2000 presidential elections, many wondered whether he was going to concede defeat after losing to John Agyekum Kufuor. Rawlings did, and effectively brought to an end a pivotal part of Ghana’s political history.

It stands to reason that while many might jubilate at the demise of Rawlings, many others will mourn, having seen him as crucial in the restoration of Ghana’s ailing economy at a point where all hope was seemingly lost. As one of the biggest political figures the African continent has ever seen, Rawlings should be paid respect for the role he played in Ghana’s democracy as we see it today. Thankfully, if the plans of the government currently underway are anything to go by, this respect will be paid.