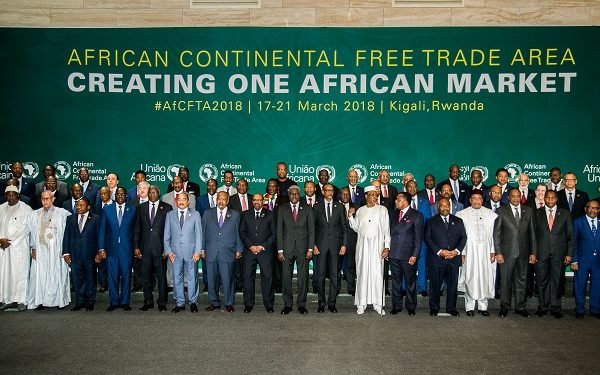 The Manufacturers Association of Nigeria (MAN), has raised concerns over a possible challenge of dumping of substandard goods in the country by other African countries.

The association has described dumping as a huge challenge that may hinder manufacturers, even as it stressed the need to ensure that all participating countries obey the rule of origin policy that is expected to govern the trade.

In an interview with the leader of the association, Mr. Ahmed, he said “Dumping is frankly a matter of political will. Do our governments and political leaders have the political will to agree on those things that we have to do? To ensure that we do not allow dumping to take place, there is the need to ensure that all countries operate based on the rule of origin that has been agreed. But the difference is that while some countries will ensure that these regulations are complied with, others unfortunately will not do so. This calls for effective monitoring mechanism to be put in place to ensure that all countries do the right thing.”

Mr. Ahmed further stressed that the other major challenges confronting manufacturers is the difficulty in accessing forex to procure raw materials, high cost of electricity/power, high cost of transportation, low demand of commodity, difficulty in accessing funds, regulatory Issue from numerous regulatory agencies, poor port administration and unavailability of raw materials, but to mention a few.

Moving on, he pointed out that the implication of these challenges is that the growth and development of the manufacturing sector is stunted and adversely affects the attainment of the sector’s full potential of massive job and wealth creation.

However, he praised the government on their decision to reopen the land borders for ease of trade engagements particularly under the implementation phase of the AfCFTA, stressing that the trade pact has the potential to build Africa’s capacity to manufacture and change the narrative of African economy and gave Africa a stronger voice and positioning in the global economy.