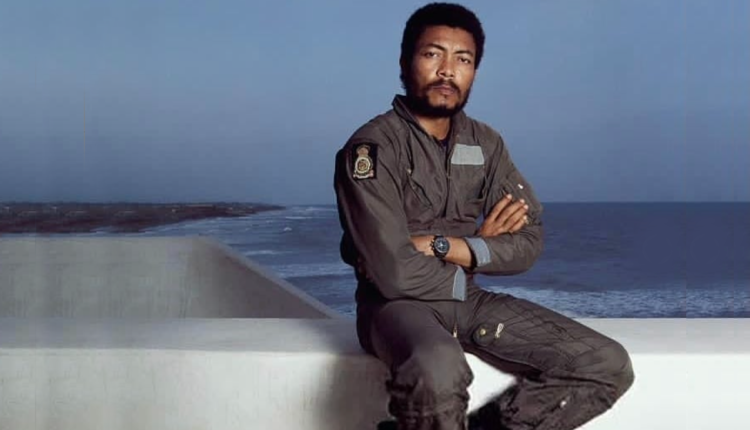 Tears flowed at the Accra International Conference Centre (AICC) on Monday, January 25, when thousands of Ghanaians paid their respects to the departed former President, Jerry John Rawlings, on the first day of  public viewing of his body as it laid in state at the foyer of the center.

While some of the mourners went into a state of shock after seeing the body, others could not hold back their tears as they filed past the body. For some of the mourners, it was difficult to comprehend that the man they adored so much had departed this world.

The mourners, from far and near, included various interest groups and members of the public, religious and traditional leaders, officers and the leadership of the various political parties. There were also security chiefs, including the Inspector General of Police (IGP), Mr James Oppong-Boanuh ; the Chief of the Defence Staff, Major General Obed Boamah Akwa, and the Chief of Army Staff, Major General Thomas Oppong-Peprah.

By 7 a.m., Mr Rawlings’s body had been laid in state. However, the public was allowed access to the foyer to file past the body at exactly 8 a.m. The grey hair and beard which he wore in his last days were intact as the body lay in a casket which sat on a catafalque inside a transparent glass compartment.

The body was dressed in a ceremonial Air Force uniform, in recognition of his status as a retired Air Force officer.

After the security heads had filed past the remains, some members of the public who had travelled from distant places, including Kumasi, Techiman, Takoradi and Ho, were offered the opportunity to enter the foyer to view the remains of the late former President.

In the foyer were his widow, Nana Konadu Agyemang Rawlings, and their children — Zanetor, Yaa Asantewaa, Amina and Kimathi — as well as family members.

Among the groups that filed past the body were the United Cadres Front, comprising ex-military officers, former bodyguards of the late Rawlings and civilians who participated in the 1981 Revolution.

The leadership of the National Democratic Congress (NDC), led by its National Chairman, Mr Samuel Ofosu Ampofo, arrived at the AICC at 9:30 a.m. to pay their last respects to the founder of the party.

Many mourners were in red and black attire, with several others wearing the official textile print for the funeral with the theme: OdupƆn bi atutu.

At the forecourt of the AICC, canopies were erected for mourners to sit under.

A media village set up on the premises provided a congenial environment for journalists to operate.

Lt Gen Obed Akwa, the Chief of the Defence Staff, and his entourage, expressing their condolences to the bereaved family

Different cultural groups treated participants to spectacular cultural performances, adding some color and beauty to the funeral. State Protocol officials had to drive away some dancers from the entrance, since their dancing impeded the smooth movement of people entering and leaving the foyer.

Two large posters bearing the images of the late former President adorned the frontage of the AICC.As part of the security protocols, all mourners were thoroughly scanned and searched before they gained entry onto the AICC premises.

There was strict enforcement of the COVID-19 preventive protocols, with COVID-19 officers positioned at various points to ensure that everybody duly complied with the protocols.

All mourners were mandatorily required to wear face masks and sanitize their hands before they gained entry into the foyer.

Three mobile disinfection chambers were mounted at the forecourt of the AICC, in addition to more than 20 hand sanitizer stands, to ensure the safety of mourners.

A combined team of police and military men were deployed to ensure law and order. The police took charge of all the roads leading to the conference centre from the Liberation Roundabout and the Osu Cemetery traffic lights, directing traffic to the area. Two Police Riot Control vans were also positioned at vantage points within the forecourt.

Journalists were restricted from filming or taking pictures within the foyer where the body was laid in state. Accordingly, all media outlets, particularly the broadcast media, picked their feed from a common source at a media village set up on the premises of the AICC to coordinate the activities of journalists and avoid congestion.

Many people paid glowing tributes to the memory of the late  Rawlings, saying that he was such a great personality whose legacy must be immortalized. These persons which include former appointees of the late former President, said his exemplary leadership was worthy of emulation.

Mr. Nana Dadzie, who worked with Rawlings for 19 years, noted that he was such a lovely personality to work with. He said the late President was hardworking and that they could work throughout the day and sometimes leave the office at 2 a.m. or 3 a.m. the following day and return to work at 6 a.m.

Mr Ofosu-Ampofo said Rawlings’s principles of probity, accountability, transparency and social justice would continue to guide the NDC in its activities. Mr Totobi-Quakyi said he was happy that the country had come a long way along the path of stability and progress under the Fourth Republic started by the late Rawlings.

For his part, Lt Col Gbevlo Lartey said the youth could learn a lot from the selflessness exhibited by the late former President Rawlings.

Mr Nuamah-Donkor said Rawlings was an embodiment of national development, as the country witnessed massive infrastructure development under his tenure.

Mr Terkper touted the economic legacies of former President Rawlings, saying that he laid a strong foundation that stabilized Ghana’s economy till today.

“J.J. was somebody who could bring the best brains to an issue, and it is in this regard that I’d like to say that the stability we saw in Ghana’s economy over a long period of time has brought many benefits,” he said.

A former special aide to former President Rawlings, Dr Donald Agumenu, described his late boss as “a knowledge tree and epicenter of wisdom”.

MANUFACTURERS ASSOCIATION OF NIGERIA CALLS FOR EFFECTIVE MONITORING MECHANISM OVER…