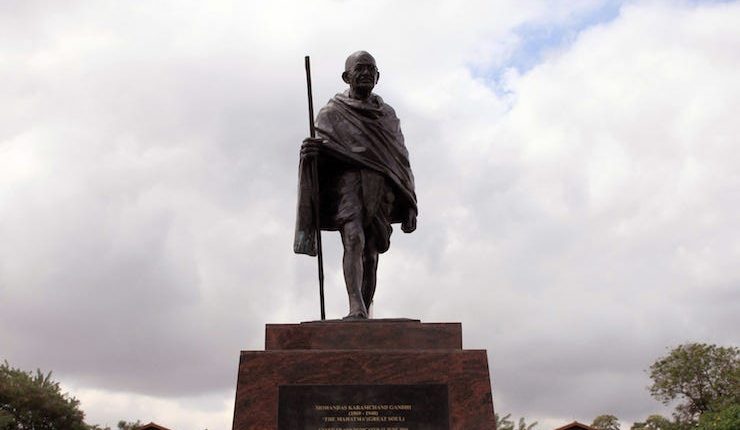 Africa, like many other continents, has a complex and inseparable history with the rest of the
world. What is peculiar about said history is that it is commonly organized in a pre- and post-
colonial structure, putting colonialism at the center. The centralization of colonialism essentially
normalizes its impact and legacy on the continent. In other words, colonialism is not a bizarre
and unjust experience that people on the continent went through but it is something that was
eventually to occur and should be accepted as such. Therefore, the history of Africa must be
retold and the future foretold in relation to the inevitable–colonialism. But, the fact of the matter
is that there is a disservice that is done when we structure the history of Africa with colonialism
at the forefront–the white man becomes central to the African’s story, identity, and experience.
But what happens when colonialism is decentralized from Africa’s history and its future? In
recent years, there has been an increased awareness of the impact of euro-centrism, colonialism,
and racism on the African continent. The #GandhiMustComeDown movement of 2016
demonstrates a contemporary attempt to reclaim African spaces by denouncing and
decentralizing the racist, euro-centric legacies of colonialism.

In September of 2016, a petition came out, written by the members of the University of Ghana
council, popularizing the hashtag “Gandhi Must Come Down.” The petition called for the
removal of the statue of Mohandas Karamchand Gandhi that had been erected on the campus
earlier that year. The statue had been a gift from the Indian government to newly elected
president Nana Addo Dankwa Akufo-Addo. Both the government and administration of the
University of Ghana thought it befitting to place the statue in the center of the University’s
campus. It turns out that that was the “only statue of a historical personality on the [campus],”
which was quite troubling considering that news had surfaced indicating that the much revered

Indian independence leader had considered Africans as inferior people. In the petition, council
members cited multiple written and oral records in which Gandhi had used slurs and other racist
language to describe Africans. Take this quote for example–written sometime between the late
1890s and early 1900s during Gandhi’s twenty year stay in South Africa where he worked as a
lawyer:
“A general belief seems to prevail in the Colony that the Indians are little better, if at all,
than savages or the Natives of Africa. Even the children are taught to believe in that
manner, with the result that the Indian is being dragged down to the position of a raw
Kaffir.”
The term kaffir, used in the above quote, is a racial slur used in reference to Black indigenous
South Africans. Post-Apartheid the term has been banned in the country.

Dr. Obadele Kambon, a contributor to the petition, stated that it was important to point out this
racist history of the internationally renowned leader because it reinforces the fact that there is a
need for self-representation in strategic locations in the country. Ghanaians, and Africans at
large, need to be weary of our dependence on outside sources for representations of greatness
and success. It took two years for the statue to be removed from the University of Ghana’s
campus. An article published in the Guardian framed its removal as “a massive win for all
Ghanaians.” The student cited in the article goes on to reason that “it was constantly reminding
us of how inferior we are. If we indeed don’t show any self-respect for our heroes, how can the
world respect us? This is a victory for black dignity and self-respect.” (emphasis added) This
statement of victory directly aligned with the final proclamation of the council’s petition, “May
Gandhi fall that Africa may rise!”

There was little consultation and quick action involved in the erection of the structure at the
center of the University of Ghana. Considering that the University is not simply one of the top,
“premier” institutions in the nation but also a major symbol of success in Ghana and a major
point of aspiration for its people the nature of this controversy should be thoroughly investigated.
The institution itself embodies learnedness, so why is it that the statue was erected in the first
place? This paradox is compounded by the fact that the University’s history is intimately tied to
that of the nation–it too, as an entity, gained independence from the British. The institution was

established under the name “The University College of Gold Coast” in 1948 as an extension of
the University of London (University of Ghana “About” Page). The act of renaming the
University was a tangible move towards decolonization, or as I like to say, it was an act that
decentered colonialism from becoming a marker of its being. The University of Ghana is known
not as an extension of the British colonial system, but as a proud and globally influential place
for and by the people. So again, why would such a statue be erected on such a revolutionary
landmark? I think the answer can be found in exploring the ways in which Africans are complicit
in their own plight.

The fact is that Gandhi was, and frankly very much continues to be, a great force in
contemporary history, but that does not excuse the fact that he promoted anti-black rhetoric.
Gandhi’s legacy as an anti-imperialist and a prominent activist, even his racist history, is not
erased with the removal of the statue from the University of Ghana’s campus. But, the statue
does represent him, his ideals, and his philosophies–which includes anti-blackness–and its
position on the campus, at the very center, gives the impression that the University is complicit
in that legacy.

The issue of Gandhi’s racism demonstrates that those of us that are characterized as Black
citizens—in this instance Black Africans—must engage in conversation that moves beyond the
black-white dichotomy. Gandhi stood against British imperialism, he was a brown skinned man,
and yet his words and image reflected those racist ideologies of colonization. I encountered a
Facebook post written by Christian Flores that captured so beautifully the nuances of this Gandhi
controversy:

When you take down a statue, you reject what the statue represents in the present day.
Memorializing one who promoted anti-blackness on the continent perpetuates perceptions and
conceptions of the “Black man” or the “African” as inferior. But, statues are just one example of

the subtle systemic injustices that exist in our society at large. When we encourage our youth
whose lives do we point to for examples? When we think about successful or great men and
women of our time, how quick are we to mention Bill Gates, Steve Jobs, or even Trump,
compared to Kwame Nkrumah, Aliko Dangote, or our own presidents. This is a collective
mentality that we must work to dismantle. Even after the knowledge of who Gandhi was and his
attitudes towards Black Africans were made apparent, it still took two years for the statue to be
taken down from the center of the University of Ghana.

A recent graduate with a Bachelor’s of Science, current MA candidate, and aspiring Ph.D., Akua Agyei-Boateng is a proud child of Africa. In her free time, Akua indulges in music, movies, and other forms of media spanning multiple genres and countries (but to be honest, her top three would probably be Ghana, Nigeria, and South Africa.) Akua was born in Ghana and raised in Alexandria, VA. As a child of the diaspora, she makes great efforts to stay connected to the continent. Akua is a firm believer in the infamous words of Osagyefo Kwame Nkrumah: “I am not African because I was born in Africa but because Africa was born in me.” Her work, as a perpetual student, is aimed at destabilizing and ultimately decentering the tenants of white supremacy, specifically in the context of Africa and African studies. Through her research, Akua has been afforded the opportunity to work with and be mentored by many notable Africanists including Paul Ocobock, Mariana Candido, and Cajetan Iheka. But, being an African woman, she was not afforded many opportunities in the field of African studies to engage with her own. It is Akua’s hope that she will soon join ranks of great Africanists to inspire other Africans--including those of the diaspora--to join in the dissemination of knowledge about the continent and her people. Akua’s current research will be developed into a Masters thesis under Yale University’s Program in African Studies. In writing for the Voice of Africa, Akua hopes to prove that the true voice of Africa resides in that of her children.