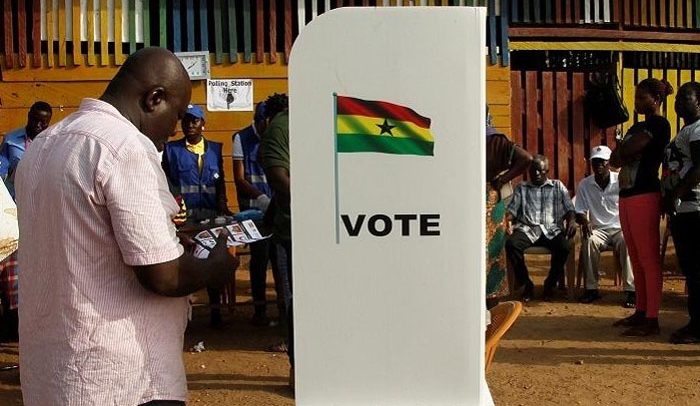 The news of the President of Ghana’s acceptance of the resignation of Ghana’s Deputy Minister for Trade and Industry greeted Ghanaians earon Friday 3rd July, 2020. Although many quarters have described Carlos Ahenkorah’s move as less than satisfactory, and in the process, demanded more than simply a resignation, some members of the government have called for a round of applause for the minister, who, per the President’s letter, did the right thing by ‘acting honourably in the circumstances by resigning his office’. This, however, would not have occurred had the Electoral Commission (EC) of Ghana not made the decision to compile a new voter’s register about ten months to the 2020 presidential elections, especially in the face of a pandemic.

The interesting turnaround by the EC to proceed with the voter registration exercise in such unprecedented times has, understandably, drawn many criticisms. For some, the decision to compile a new voter’s register is a superfluous exercise when one considers that the issue of credibility (or otherwise) of the current voter’s register has only recently been brought to the fore. For students of that school of thought, there is no reason why the EC cannot proceed with the register that elected Ghana’s current President into executive power and was the same register that was entrusted with the electoral process for the nationwide referendum that saw an increase in the number of regions in Ghana. For others, the EC is right. The voter’s register is not credible and it must be sanctified. Ghana needs to spend big now or risk spending even more later. It must be done, and it must be done at all costs – but what happens when the costs are too high? What happens to the election, and by extension, what happens to our constitutionally mandated election process. Such a key part of our democracy?

Last Tuesday, against all odds, the voter’s registration exercise commenced. One would have expected a much different scene from what we are ordinarily used to. Social distancing, water buckets to ensure the washing of hands, nose masks and gloves. The reality on the ground was in stark contrast, though. While some gathered around the polling centers without masks, others ignored all other social distancing protocols. Social media was inundated with pictures and videos of the many instances of the breach of the directives that until now, have been those that we have been encouraged to adhere to in a bid to combat the coronavirus. Unsurprisingly, many people have pointed to polling stations as hotspots and fertile breeding grounds for the virus, and yet again, those against the compilation of a new voter’s register have a new cause to complain especially when one takes a look at the COVID-19 updates.

A likely outcome of this compilation exercise is that there probably won’t be enough people to vote come December, 2020. The compilation of a new voter’s register six months to the election is ambitious, there is no doubt about it, however, the EC is confident and sure that this can be done. After being the subject of a number of court cases, the rulings of the court may be interpreted as giving a green light to a process that clearly does not violate any law. It must be noted however, that where law neglects reason, especially in such a situation, we will need to rely on other things (in this case, social distancing protocols) to save us. Maybe if we keep in mind that dead people cannot vote, we might change our approach towards such a crucial aspect of our democracy.