From ‘the New Zimbabwe’ to #ZimbabweanLivesMatter 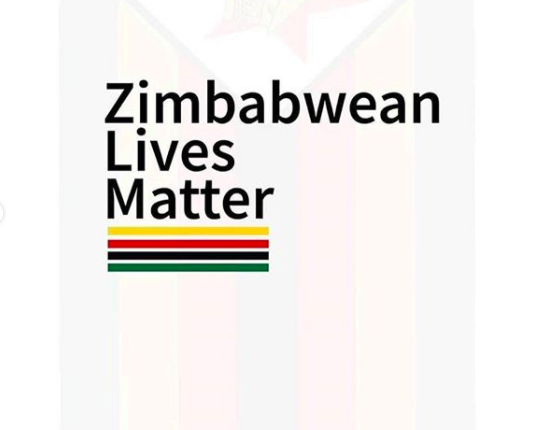 When Zimbabwean President, Emmerson Mnangagwa described the freedom of speech as ‘an indispensable part of the new Zimbabwe’, the circumstances that triggered his tweets must have indicated the need to take his statements with a pinch of salt. Police were reported to have, earlier in the week and prior to the 2018 presidential election, chased away journalists waiting for a briefing by his main political rival Nelson Chamisa. A development that proved to only be the beginning of tensions surrounding what the European Union described as an election with an ‘unlevel’ playing field, the intimidation of voters was yet another clear example of the flagrant disregard for democracy by the Zimbabwean government.

If there were any doubts about the possibility of further human rights violations in Zimbabwe, the hashtag #ZimbabweanLivesMatter should have cleared them up quickly enough. With general agitation following the public dissatisfaction with the government’s poor response to the COVID-19 pandemic, public hospital strikes and a lack of medicines, activists and healthcare workers took to the streets to protest against circumstances that seem to be spiralling out of control by the day. The protests have seen many arrested for allegedly violating COVID-19 restrictions. One of such is Booker Prize nominee and renowned Zimbabwean author Tsitsi Dangaremba who was arrested and charged with incitement to commit violence and for breaching COVID-19-related health regulations.

Following the arrest and subsequent denial of bail for Zimbabwean investigative journalist Hopewell Chin’ono, the trending hashtag has signified the efforts by millions to draw the attention of the African Union to government action that has once again moved to stifle free speech. Chi’nono was reported to have been arrested and charged with inciting public violence after his work exposed the misuse of funds in a procurement fraud investigation that shook Zimbabwe’s health ministry and saw Obadiah Moyo, the Health Minister, relieved of his duties and subsequently arrested. His arrest has drawn widespread criticism, with the Dutch Embassy in Zimbabwe describing it as ‘part of a worrying trend against free speech in Zimbabwe’. Zimbabwean Secretary for Information Nick Mangwana retorted by saying journalists were not above the law.

Calls for the African Union to take action are not unwarranted. As a leader in the Southern African Development Community and the current Chairperson of the African Union, it has been suggested that South African President Cyril Ramaphosa has failed. As the wait for any official confirmation from the African Union continues, a letter by activists has questioned its desire to provide support, pointing to the timely condemnation by the Union of police brutality in the United States of America following George Floyd’s killing by a police officer. While it is essential to note that a statement from the Union must be followed with swift and urgent action, its silence and lack of action thus far could be representative of yet another missed chance by the Union to address an issue that has plagued the continent. For a Union that, among other things, aims to ‘promote democratic principles and institutions, popular participation and good governance’, there might not be a better opportunity to make strides towards the attainment of its Pan-African vision.

The increasing reports of human rights violations and other examples of the non-observance of democratic concepts continue to prompt the ‘Zimbabwean Lives Matter’ hashtag, however, its effectiveness should transcend social media awareness. The call for the African Union to act must not simply trigger a statement by the Union condemning actions by the Zimbabwean government or turn out to be yet another show of solidarity; it is an opportunity to set a standard and the Union needs not let go of it this time. On a national scale, if Mnangagwa indeed believes in a new Zimbabwe and does not intend to curtail the conceptual underpinnings of Zimbabwe’s democracy, there are some tougher decisions that should be made. Sacking Obadaiah Moyo was the symbolic step every leader is obligated to take towards a situation that sees a Minister fingered in a corruption scandal with such abundance of evidence, but arresting and charging Hopewell Chin’ono was a counterproductive step in the fight against corruption.

Zimbabwe’s notoriety for stifling free speech, evidenced in their arrests of journalists and those who speak up against injustices by the governments, must come to an end. Mnangagwa’s description of activists as “the bad apples that have attempted to divide our people and weaken our systems” by “acting in league with foreign detectors” is reminiscent of the defensive posture his predecessor — and many leaders — have taken when the repressive actions of their governments are brought to the international fore. Time is running out, however, and the African Union and other international actors must play their part in seizing the opportunity to set a precedent and uphold democratic values.

The new Zimbabwe, by Mnangagwa’s standards, still seems a long way off if his postulation was meant to indicate any positivity. In an interview with The Voice of Africa, Kim Jayde, Zimbabwean award-winning TV host and entrepreneur, recollected the glorious days of a country that once had one of the strongest economies in Africa and was without inflation pegged at 700%. A country triumphing in its bid to become one of Africa’s best examples of a resource-rich nation with impeccable leadership, Zimbabwe now looks a pale shadow of itself. The Zimbabwean activists must today add their own lives to their growing list of concerns, for free speech does not seem guaranteed.

It is hoped that the Zimbabwean Lives Matter hashtag will, by drawing international support, prove to be the first step of many in a much-needed turnaround in Zimbabwe and in Africa.