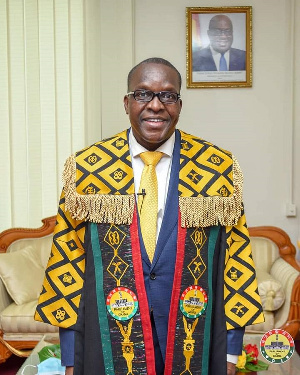 The New Patriotic Party caucus in parliament together with the independent MP of Fomena has been declared together as the majority group in the 8th Parliament of Ghana. This declaration was made during the first sitting of the house on January 15, 2020, to determine which group is the majority among other businesses. The NPP caucus had 137 members whilst the National Democratic Congress (NDC) caucus also had 137 members with the independent Fomena MP holding the trump-card to which side becomes the majority.

According to the Rt Honourable Speaker, the Fomena MP, Hon Andrew Amoako Asiamah in a letter dated January 13, 2020, confirmed he would do business with the NPP. This brought the NPP group’s number to 138 as against 137 from the NDC, on which basis, the speaker declared the NPP caucus as the majority group in parliament. The announcement was met with great cheers among the NPP MPs who had reported to the house very early in the day to occupy the majority seats.

Members of Parliament who are part of the New Patriotic Party Caucus arrived in parliament at 4:00 am in the morning for a sitting that was supposed to commence at 10 am. The NDC Caucus took the NPP side by surprise when they were able to elect the Speaker of Parliament from their side, they were not going to allow that to happen once more.