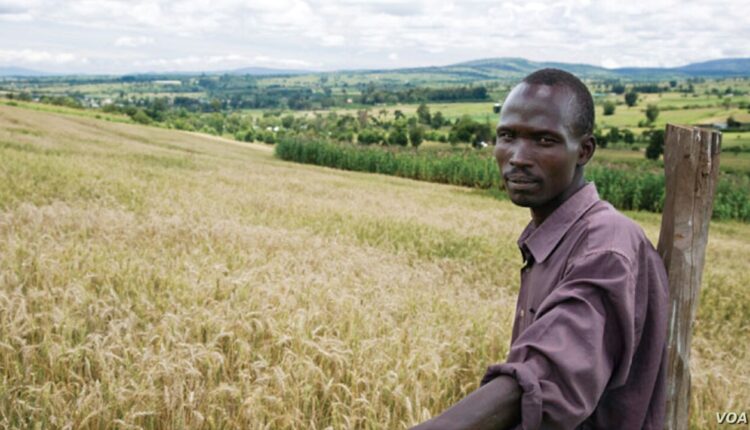 Tanzania government has reached a consensus with large-scale wheat millers to improve the commercial crop, agreeing to set a minimum price of 800/- per kilogramme of raw wheat.

“TBL and SBL agreed to sign a contract with the ministry to buy all the wheat produced by local smallholder farmers… We will adopt special legislation to ensure such contracts are valid and respected,” he said.

Tanzania imports between 800,000 and 1 million tons of wheat annually amid availability of arable land and conducive climate to facilitate mass production of the cash crop.

The new agreement reached yesterday also requires millers and other processors to outsource the same volume of wheat from local producers instead of importing.

Deputy Minister for Agriculture, Hussein Bashe said the ministry is planning to spend at least 155bn/- in research and development to improve crop production. He said an additional 4bn/- is required to procure and supply improved wheat seeds among smallholder farmers.

“The best approach we want to take is to improve communication with the private sector that replaces directives and state controls,” he said, insisting that the seeds expected to be supplied to farmers are not Genetically Modified Organisms (GMOs).

He said the Agricultural Seeds Agency (ASA) and Tanzania Agriculture Research Institute (TARI) is working to improve the system, which includes availability of quality inputs. He went on to explain that a new system is being implemented which will help farmers access financial support at an agreed interest rate of 2 per cent.

“CPB, for instance, has signed an agreement with farmers to access input loan at an interest of 2 per cent,” he said.

“The wheat value chain as it stands now is benefiting the countries we are importing from, a situation which denies us of economic benefits of employment and incomes, as well as costing us forex revenue,” said Japhet Justine, Managing Director of TADB.

The bank believes the country can have a wheat sub-sector which is wholly integrated from research for seed production to production, value addition and trade.

Dr Godwin Wanga, speaking on behalf of the Chairperson for the Tanzania Private Sector Foundation (TPSF) said the government’s approach is likely to propel the country’s economic growth by between 8 and 10 per cent.

In addition, he said the measures will create more jobs and open up opportunities for foreign currency through exports.