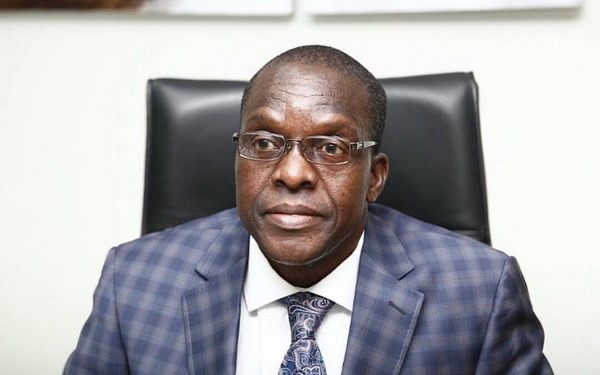 The Devoted Work Of 28 Years Finally Pays Off

The Second Deputy speaker of the 7th Parliament and former majority leader for the National Democratic Congress (NDC), Alban Kingsford Sumana Bagbin has been elected as the speaker of the 8th parliament of the 4th republic of Ghana.

Mr. Bagbin a former member of parliament for the Nadowli Kaleo won the election against his only contender Prof. Aaron Mike Oquaye.

Mr. Bagbin was born on the 24 September, 1957 at Sombo in the Upper West Region to Mr  Sansunni Bagbin and Mrs. Margaret B. Bagbin who were both peasant farmers. He was the 4th of nine children of his mother and the 13th of the Bagbin family.

Hon. Bagbin started is education at the Roman Catholic Primary School, Sombo, he had his second cycle education at the Wa Secondary school and completed at the Tamale Secondary School. He is a graduate of the University of Ghana and the Ghana School of Law. Hon. Bagbin holds an executive masters in Governance and Leadership from the Ghana Institute of Management and Public Administration (GIMPA).

He worked at the Bureau of Statistics and Statistical Service as an acting secretary to the Statistical Service Board from 1980 to 1982 and as a Personnel Manager of the Erstwhile State Hostels Corporation in 1982 to 1983. He then left for Libya to teach English at a secondary school in Tripoli. When he returned, he joined the Akyem chambers as a partner which was a firm of legal practitioners, consultants and notaries public.

Hon. Bagbin has served the parliament of Ghana since 1993 when the 1st parliament of the 4th republic was inaugurated. This makes him the longest serving member in parliament. He has held quite a number of positions since 1994.

He did not run again for Parliament in the 2020 elections.

Business Success in a Global Market